Prior to becoming the BCA Indonesia Open 2016 Champion, Dato’ Lee Chong Wei has also won the Asian Badminton Championship in Wuhan earlier this year defeating Chen Long from China with a convincing 21-17, 15-21 and 21-13.

Dato’ Lee Chong Wei’s next tournament with be the Australia Open on the 7th – 12th June at Sydney Olympic Park in Sydney, Australia.

Let’s hope that our very own Dato’ Lee Chong Wei will keep our Malaysian flag flying high at the next tournament in Australia before the road to Rio for the Olympics in August this year.

For those who missed the match, you may watch it below:- 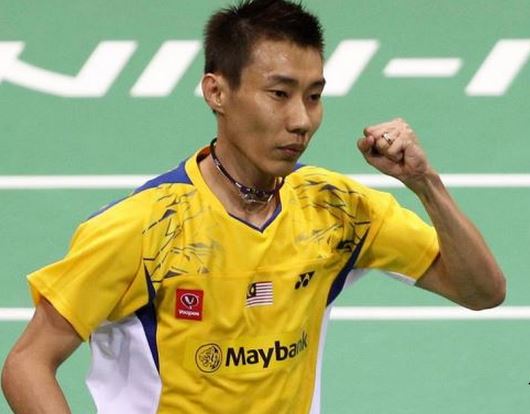 The Badminton World Federation (BWF) has finally released the statement on Monday that former World Number 1 player, Lee Chong Wei, has his sentence reduced to an eight-month suspension from 2 years for violating the anti-doping regulation. The other good news is that the penalty is to be backdated to the date of sample collection which will mean that our former World Number 1 player will be able to resume his badminton career on the 1st May 2015.

This is great news to Chong Wei as well as his badminton fans as he will be able to participate in 3 upcoming majors namely the Sudirman Cup in Dongguan from 10th-17th May, SEA Games in Singapore in June and the World Championship in Jakarta in August.

The reason for the reduction in the sentence according to the BWF press release was that given the evidence presented by Chong Wei’s legal team at the hearing in the Netherlands, the BWF Panel is convinced that the case of doping was because of “negligent” and not with the intent to cheat.

The good news was presented by the Youth and Sports Minister Khairy Jamaluddin at 3:30pm when he made an official announcement on the matter at his office in Putrajaya, which was attended by Chong Wei as well.

The minister has also mentioned that after speaking to Chong Wei, he had agreed to resume his badminton career at “the highest level” again. Hopefully, we will see more of Chong Wei in the coming games.

We wish Chong Wei well in his badminton career and may his dream of becoming the first Olympics Gold Medalist and World Champion be realised one day!

Malaysia narrowly misses the 2014 Thomas Cup Championship by losing to Japan. After waiting for 22 years, Malaysia finally has the chance to lift the Thomas Cup again in 2014. In 2014, Malaysia will be meeting Japan who has defeated the team from the Great Wall of China with a convincing 3-0. The closest Malaysia has come to win the Thomas Cup was in 2002 where we lost to Indonesia in the finals. In 2014, we made it to the finals by defeating Indonesia 3-0 as well. 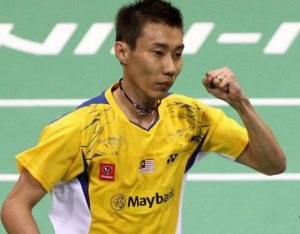 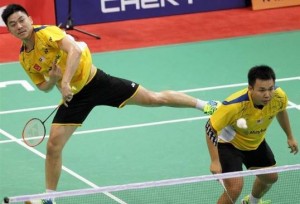 With the score tied at 1-1, we will bank on our next warrior from Malaysia Chong Wei Feng who will be playing against Kento Momota from Japan. In the first game, Momota has played aggressively and was leading for most of the first game. He has finally won the first game with 21-15.  The second game was not much different with Momota dominating most of the game and taking it with 21-17. Nevertheless, we would like to commend Chong Wei Feng for giving a tough fight to Kento Momota from Japan. 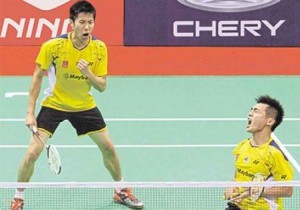 With the score at 2-2, both teams will have to rely on their third singles to win the Thomas Cup finals where Takuma Ueda from Japan will meet Liew Daren from Malaysia. This third singles will be the decider for the 2014 Thomas Cup Championship.

In the first game of the decider third singles, Takuma Ueda from Japan seemed to dominate most of the play and managed to wrap up the first game with 21-12. In the second game, Takuma Ueda was leading most of the time until fatigue caught up with the Japanese. When Takuma reached 18, he was seen to be more tired compared to Liew Daren and Liew Daren managed to take advantage of this by wrapping up the game at 21-18 to bring the match to rubber game. In the rubber game, it was clear that both players are getting tired and they are giving whatever they have left to win the game. It was a closely fought game with both players displaying true fighting spirit and chased each shuttle to save each points. In the end, Takuma Ueda has managed to clinch the winning point at 21-17 giving Japan their first ever Thomas Cup Championship in 2014. Well done Japan! Looks like Japan will be a new force to be reckoned with in the Badminton arena.

We would also like to congratulate the Malaysian Badminton team for being the first runners-up in 2014 Thomas Cup Championship as well as giving their best in this tournament. Majulah Sukan Untuk Negara.

The LeePenang Badminton Team was there to give our full support to our Malaysian players in the Championship. When we were there, we also met up with a lot of friends from around the world who came here to support their own teams who are also competing in the tournament. 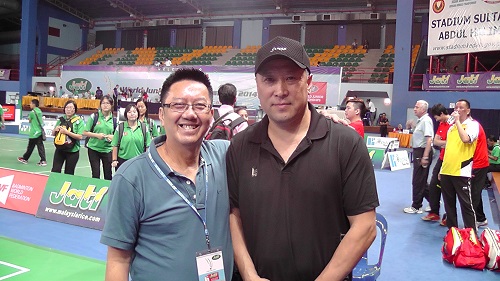 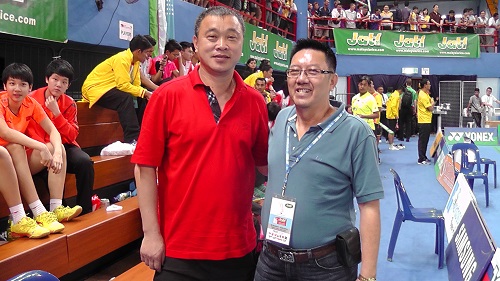 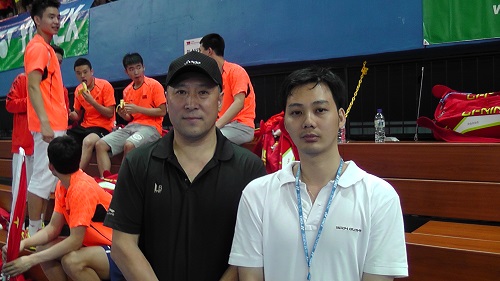 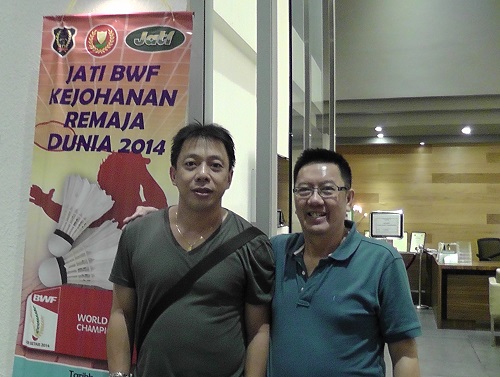 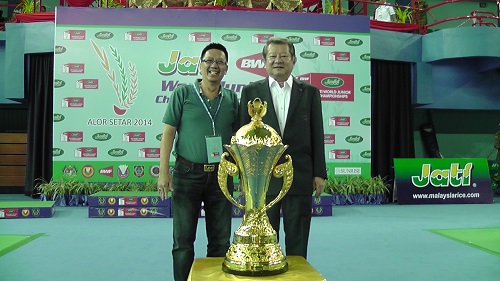 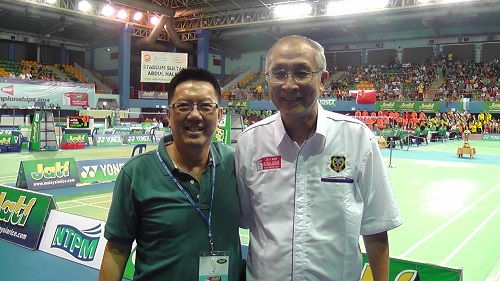 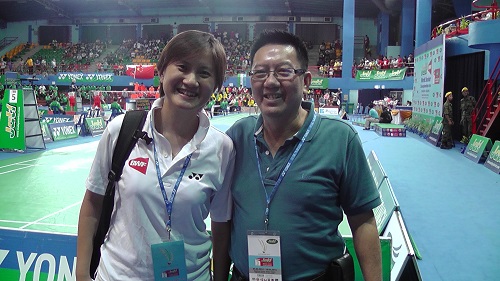 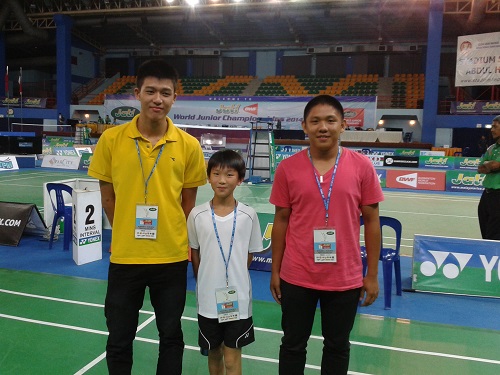 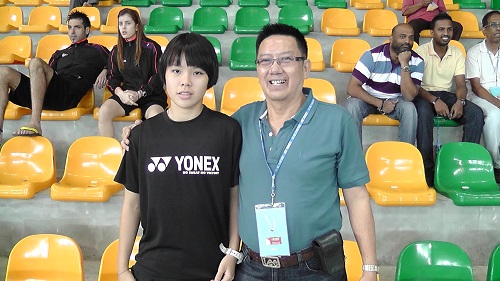 Below are the results of the 2014 BWF World Junior Championship – Individual Event:

Below are the results of the 2014 BWF World Junior Championship – Team Event:

China has won the Team Event with a convincing 3-0 win over Indonesia.

Korea has defeated Malaysia in the 5th Placing playoff to give Malaysia the 6th Placing in the Team Events this year.

Looking at the results of the 2014 BWF World Junior Championship, i think Malaysia still have a lot of work to do if we were to find replacement for Dato Lee Chong Wei in the future.

The Chinese looks quite dominating with strong boys and girls teams which will be their future line-up for the national team.

For the boys doubles category, the Thailand pair of Kittinupong Ketlen and Dechapol looks very promising and should do well in the future.

We have truly enjoyed the 2014 BWF World Junior Championship event and hope to support similar events in the future!

LeePenang has ended the year 2013 with a bang with the 2013 Badminton Tournament which was held in N-Park Condominium Badminton court in the month of December 2013. 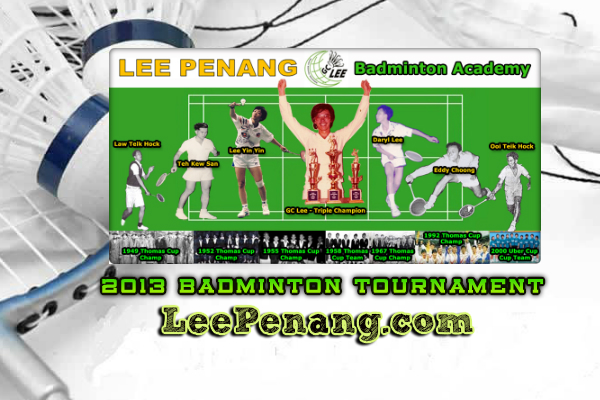 Below are the results of the LeePenang’s 2013 Badminton Tournament:- 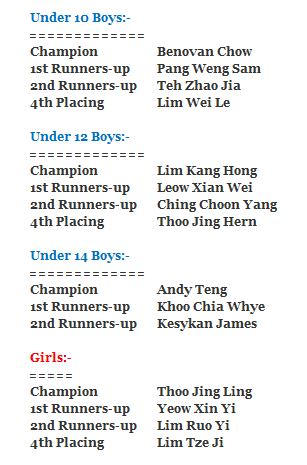